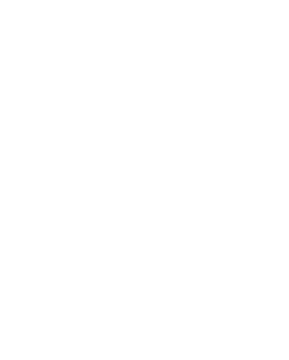 Live from Hollywood and Vine in the heart of downtown Hollywood…

You’ve just walked on stage, staring out into a big empty space of the Avalon Theater, a Hollywood staple since 1927. All of the sudden, applause erupts for you — except there’s no one there, and it’s definitely not a sound guy messing with you. It’s more likely you just got to enjoy someone (who is the question) relishing their television debut, over and over again.

It’s called a residual haunting, something you will hear more about, and maybe even encounter, on this 2-hour Hollywood Boulevard ghost walking tour. Expect outlandish stories (this is TinselTown, after all) based on everyday people’s ghost encounters: haunted pool parties at the Roosevelt Hotel, an impatient ghost of Warner brother trying to get to his office, and plenty more on a 1.5-mile stretch of this famed thoroughfare that still hosts some of Hollywood’s biggest events.

Meet at the Dolby Theatre

What You Can Expect

Over the course of 2 hours, expect to cover roughly 1.5 miles of the famed Hollywood Boulevard, and more than a dozen paranormal and ghost sightings on stops at the Chinese Theater, the original downtown LA Pig N Whistle, Ripley’s Believe it or Not, and the Knickerbocker Hotel, among others, on the 10 stops. Here is a sample of some of the places you get to see and learn more about from your guide.

Home of the Oscars since 2002, you might assume this is just a great place to start the tour, but we are actually also at our first haunted location. Hear about how it was originally the site of the Hollywood Hotel, and how Hollywood’s original male heartthrob, Rudolph Valentino, would still frequent the hotel after death, planting goodnight kisses on the cheeks of female guests. Let’s just say the waitlist got long here once the word got out.

Stella Adler Theatre & The Hollywood Wax Museum
Long before it was the Hollywood Wax Museum, and currently the Stella Adler Academy of Acting and Theatre, this was the site of the 1920s Cafe Montmartre. The nightclub was more like the original Chateau Marmont when it came to a celebrity hangout for stars such as Charlie Chaplin and Gloria Swanson. Hear about the paranormal activities that have occurred here over the years, most notably a National Enquirer reporter’s night at the wax museum.

The Vogue Theatre has a long, storied and controversial history when it comes to the paranormal. The site was the location of the Prospect Elementary School in the 1800s.  In 1901, the school burned down, killing 25 children and one teacher. Later, this site was a movie theater, which operated until 1997. Your guide shares some of the paranormal activities that were reported here, as well as information about the International Society of Psychical Research founder who unsuccessfully sued Ghost Hunters.

If this place looks familiar, you may have seen it in the Quentin Tarantino movie “Once Upon a Time in Hollywood” or the Netflix series “Hollywood.” This is  Hollywood’s oldest restaurant, operating since 1919, and certainly has more history then almost anywhere in town. Hear about how this is where Johnny Depp learned he was going to be a blockbuster star, look at memorabilia of some of the restaurant’s most famous diners, and see the booth where Charlie Chaplin’s ghost reportedly still frequents. Nowadays, diners who have sat at his booth claim that his reflection is in the window behind him. Talk about a celebrity photo bomb…

The Warner Pacific Theater is one of the most important theaters in the history of Hollywood — and also one of the most endangered. It was erected by the Warner brothers (Harry, Albert, Sam and Jack) who took on a huge gamble and this building, which was going to be the original site where they unveiled the Warner Bros. Pictures. Learn about the untimely death of the brother Sam, and how people would see him take the elevator to his office, even after death.

Knickerbocker Hotel
This is an awesome building with a ton of tragic, fun and mysterious history and ongoing hauntings. Hear about William Frawley, best known as the curmudgeonly neighbor Fred Mertz on “I Love Lucy,” who lived and died here many years apart. You’ll also get to learn about the seance arranged to communicate with Harry Houdini, which was broadcasted live from the rooftop.

Hollywood Roosevelt Hotel
The first-ever Academy Awards, which lasted 15 minutes, was held at the Hollywood Roosevelt Hotel, which is just across the street from the Chinese Theater and down the road from the Pantages. Hauntings here happen throughout the building, but especially at the pool area. The pool is set back from the streets, nestled between the main hotel building and a series of bungalows. And for those less interested in the paranormal, still visit. This location is a hidden gem with its poolside bar that’s open to the public. There’s plenty of entertaining stories to discover here, including ones of Babe Ruth’s rooftop batting cage. 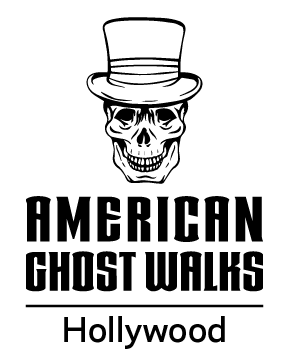