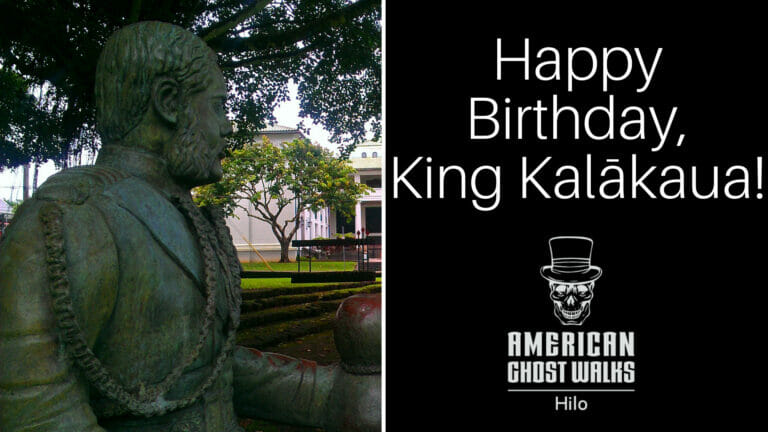 November 16th, 2021 marked the 185th birthday of King Kalākaua. King David Kalākaua, who is known as Hawaii’s last king, was nicknamed the Merrie Monarch for his love of life and the arts. Writer Robert Louis Stevenson described Kalākaua as “a cultured intellectual of unusual mental powers.” These attributes led him to work for the rights of native Hawaiians and to spark a resurgence of Hawaiian culture. Under his reign, the Hawaiian art form known as hula, which was formerly suppressed by Christian missionaries, again came to prominence. It is because of his revival of hula, that King Kalākaua is memorialized each year at the week-long Merrie Monarch Festival, an annual celebration of Hawaiian culture in Hilo. The festival, which includes an internationally acclaimed hula competition, a Hawaiian arts fair, and a grand parade, attracts dancers, traditional practitioners, and spectators for across the archipelago. King Kalākaua also encouraged greater appreciation for native Hawaiian beliefs, knowledge, and cosmology by penning a book of traditional lore. 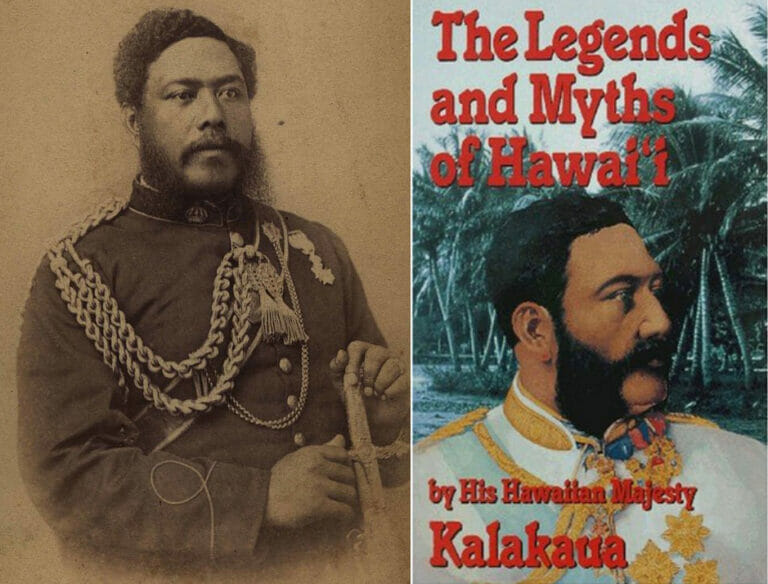 Today the sacred beings King Kalākaua wrote about are still honored annually by hula dancers participating in the Merrie Monarch Festival. Some dancers honor the goddess Laka, patroness of the arts. Ceremonies honoring Pele, the fiery goddess of the volcanoes, are also customarily held at the Halema’uma’u Crater, her legendary home, prior to performances. The dancers and their teachers make offerings, chant, and dance for Pele. It isn’t unusual for dancers and teachers to look on Pele as a revered ancestor. After the festival, dancers and their teachers return, casting natural adornments, like grass skirts and leis, worn during performances into the crater to give back the spiritual energy, or mana, given to them by the goddess Pele.

Personal accounts of paranormal experiences also abound during the Merrie Monarch Festival. Ancestral spirits seem to stir as the competitions approach. Some contestants claim to hear ghostly chanting in their hotel rooms. A white orb astonished another group who witnessed it soar over their heads just as they completed their pre-performance prayer. Others foolishly attempt to master advanced rituals before they are ready. One young hula student asked his teacher if he could practice the “Dog Chant” after he witnessed a veteran competitor perform it on stage. His teacher warned him and the rest of the class to beware of such powerful traditional chants, which were only meant for kahunas, or those of a commensurate level of skill. When questioned further, the teacher, called a kumu hula, demonstrated. Suddenly the wind howled outside and its roaring was only equaled by the shaking of the room. The students’ hair was standing on end and their arms had become tingling chicken skin. Without warning, the kumu hula stopped. Everything abruptly returned to normal. He had made his point. Occasionally festival spectators also report apparitions. One spectator walking back from the stadium, ran all the way back to his hotel, after a large white dog with glowing red eyes appeared to him. A mysterious white dog has often been reported as a companion and emissary of Pele. It seems Hilo’s annual celebration of Hawaiian culture brings everyone, possibly even goddesses, to town. One can’t help but imagine that King Kalākaua would approve.

Click here to check out haunted history tours in Hilo!