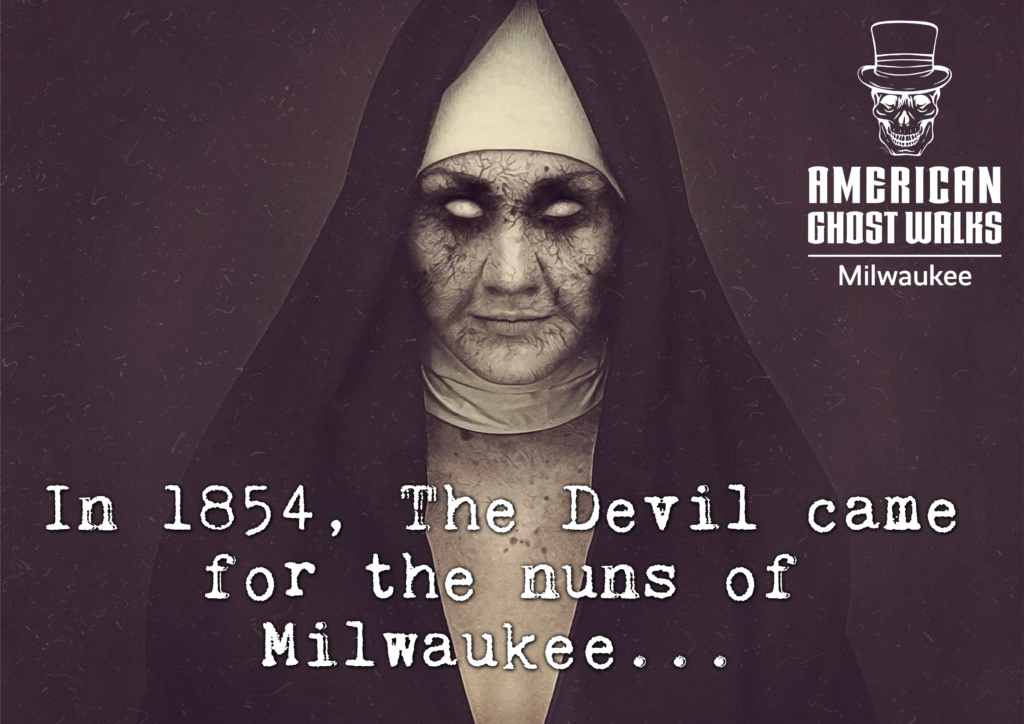 In 1854, strange events transpired at the Milwaukee home for the Sisters of Notre Dame called the Motherhouse. The Motherhouse Convent once covered a square block surrounded by Milwaukee, Knapp, and Jefferson streets and Ogden avenue. Mother Caroline led the nuns as well as the candidates, young woman considering nun-hood as well as those just seeking a safe place.

On the night of December 8th, as Mother Caroline Friess knelt in the darkened chapel, she heard the scurrying of small, clawed feet, as if something unclean were lurking in the corridor. The clatter grew closer and became a knocking sound. Then every window in the chapel began to shake. Suddenly she felt an unseen hand grabbed her arm. One of her nuns had come to alert Mother Caroline to trouble in the dormitory. 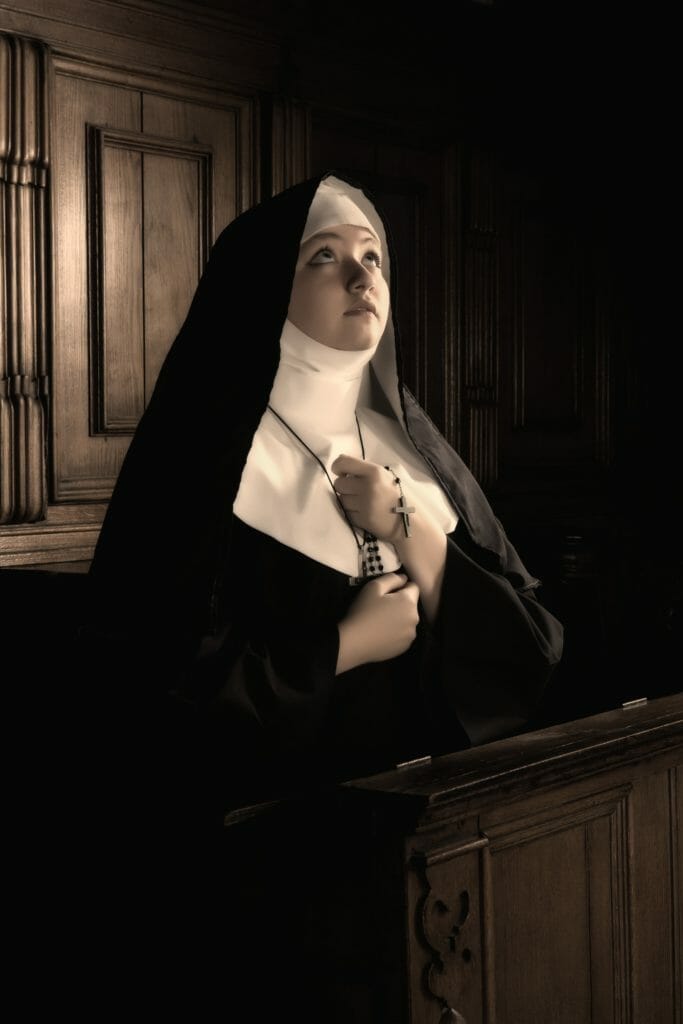 The young candidates for nun-hood were spooked. They were sure an intruder was lurking in the dormitory. Mother Caroline came quickly and searched every corner. But it was difficult to do so because she literally couldn’t shed any light on the situation. Mysteriously candles and oil lamps refused to light or extinguished immediately as if snuffed out by some invisible force. This was more than a little unusual since it was the 19th Century and everyone was an expert at lighting candles and oil lamps. Mother Caroline was forced to peek under beds and snoop in closets aided by moonlight alone. She didn’t find an intruder just what looked like dirty slush on the pillows.

To calm the candidates, Mother Caroline pretended the incident was just a harmless prank. However, she couldn’t shake the overwhelming feeling that something was very wrong. For one thing what she had thought was “slush” didn’t act like it was made from water. It neither soaked through the pillowcases nor poured from them when tipped. The girls’ nightcaps were also filled with the same strange fluid. They had been turned upside down and though it seemed impossible they were standing lined up neatly in a row on a bedside table. Mother Caroline already couldn’t believe her eyes and then one of the nightcaps began to jiggle as if to dance.

The sisters disposed of the contaminated linens, but the next night the disturbances continued. The convent’s call bell began to ring loudly in the middle of the night awakening the sisters even though the room it was housed in was locked and Mother Caroline had the only key. No one was there to ring the bell when the sisters investigated. They continued to watch in amazement as the bell lifted off the shelf and flew across the room as if thrown by an unseen hand.

Other unexplained and ridiculous events drove the sisters to question their sanity.  Loaves of baking bread vanished and reappeared floating in the convent’s cistern.  Supper went into the oven Friday fish fry and came out transformed into meat. In the closets, hidden beasts clawed clothing to shreds. The altar candles blinked out of existence before everyone’s eyes during mass and then turned up still burning in a broom closet. 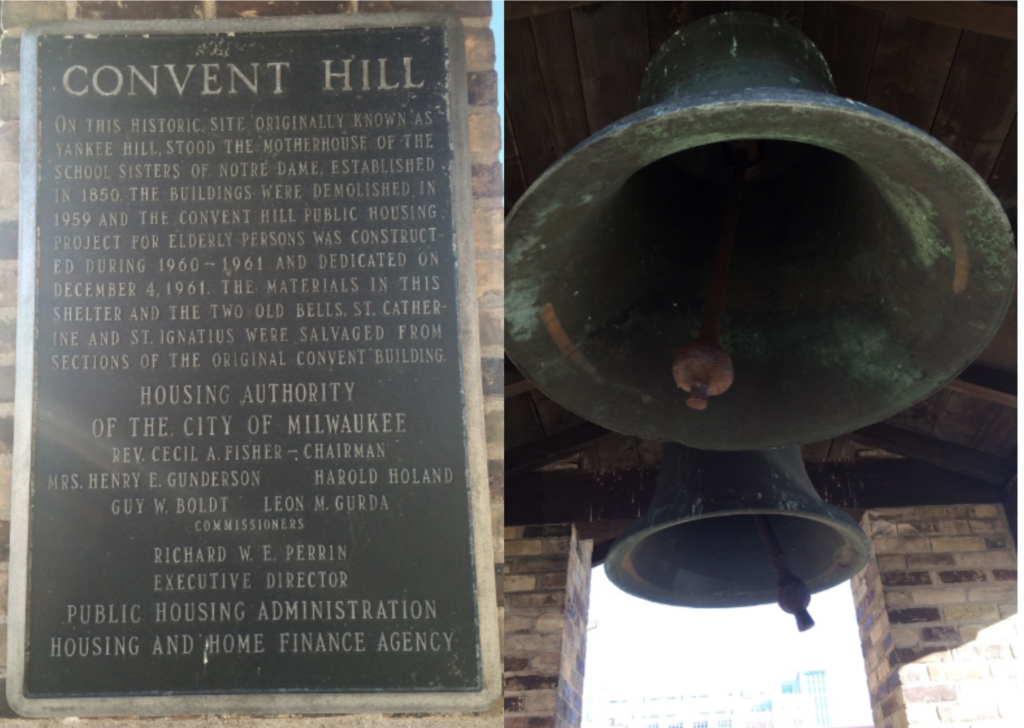 Mass was disrupted again when a thunderous uproar of clanging pots and pans erupted from the nearby kitchen. The only trouble was no one was in the kitchen. Everyone was accounted for at mass. All the pots and pans had indeed been flung to the floor and curiously were also red hot to the touch for several minutes afterward. It was clear to everyone by now that whatever this thing was, it was looking for every opportunity to toy with them.

Candidates began to report that an unseen hand was striking them about the ears, hitting them so hard it knocked their bonnets off. The house dog yowled after receiving the same abuse from the invisible entity. Soon after the dog disappeared. Hopefully, he just ran away.

Mother Caroline began to lose hope and everyone was losing sleep due to terrible cries echoing through the convent at night. Dark shapes began to linger in the shadows. Then Mother Caroline noticed that one of the young candidates had begun succumbed to uncontrollable fits of laughter every time she entered the chapel. This was just the clue Mother Caroline had been seeking. 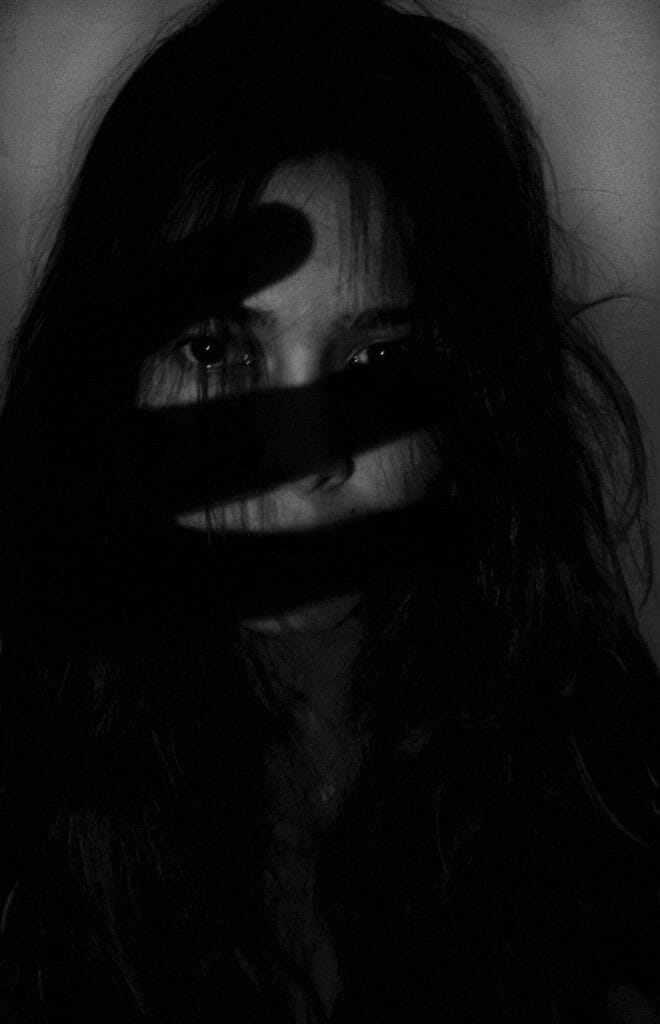 Mother Caroline investigated and found that the young girl had come to the convent to escape an arranged marriage. The candidate feared her persistent suitor and hope the church would protect her. It occurred to Mother Caroline and, the convent’s priest, Father Urbanek that the girl might be diabolically possessed. The candidate was also the only witness who had admitted to actually seeing the devil lurking in the convent. However, Milwaukee’s first bishop, John Martin Henni, recommended that instead of receiving an exorcism, the girl be dismissed. To this day, we don’t know why her request for sanctuary was ultimately denied.

After the girl was cast out, and quickly reclaimed by her betrothed, all of the strange manifestations in the convent finally ceased. Perhaps the unexplained events were caused by a poltergeist sprung from the tremendous stress experienced by the unwilling bride. Or maybe the supernatural problems were due to a curse conjured by the jilted suitor. Or perhaps the devil or some of his minions came for a visit. In any case, for Mother Caroline this was a victory over the devil. All the sisters and candidates except for one had resisted demonic temptations and torments for thirteen months. 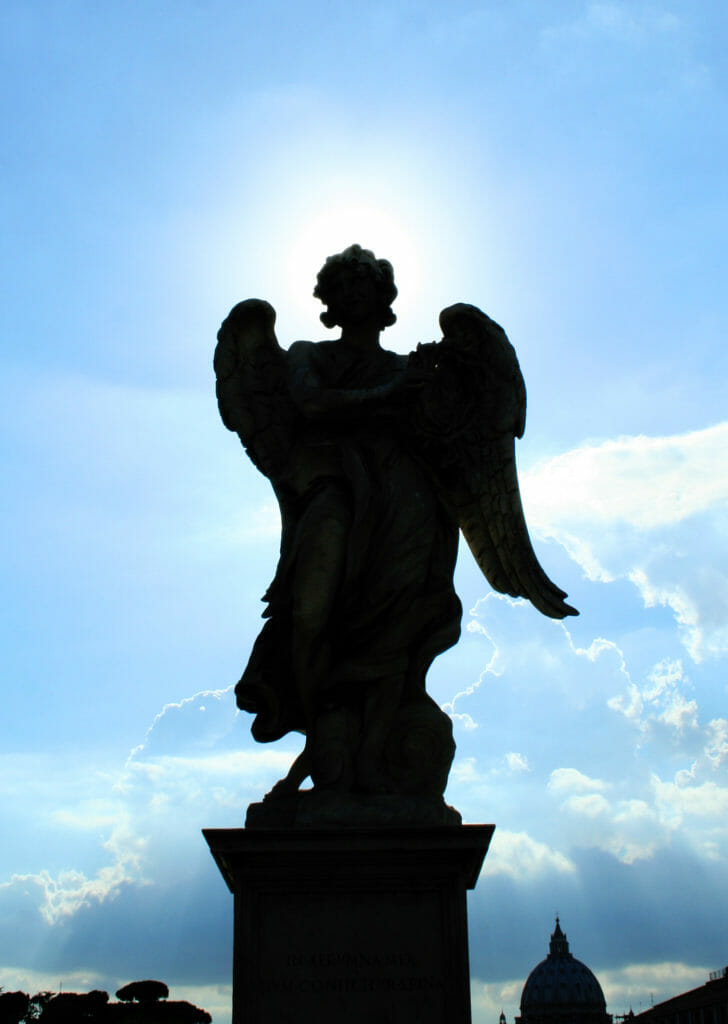 A year later to the day, the sisters were awakened once again at midnight by mysterious sounds, but this time it was strange singing and a bright light emanating from the chapel. This time, Mother Caroline sensed a divine presence. The sisters and even John Martin Henni, founder of Marquette University, witnessed the unmistakable presence of a choir of angels. In response, Mother Caroline established a chapel of perpetual adoration where nuns prayed in shifts 24/7. The holy vigil persisted for decades until the convent was leveled in 1959 to make way for public housing for the elderly. The sisters moved to a convent in Mequon and later to a campus in Elm Grove, where they still reside today.